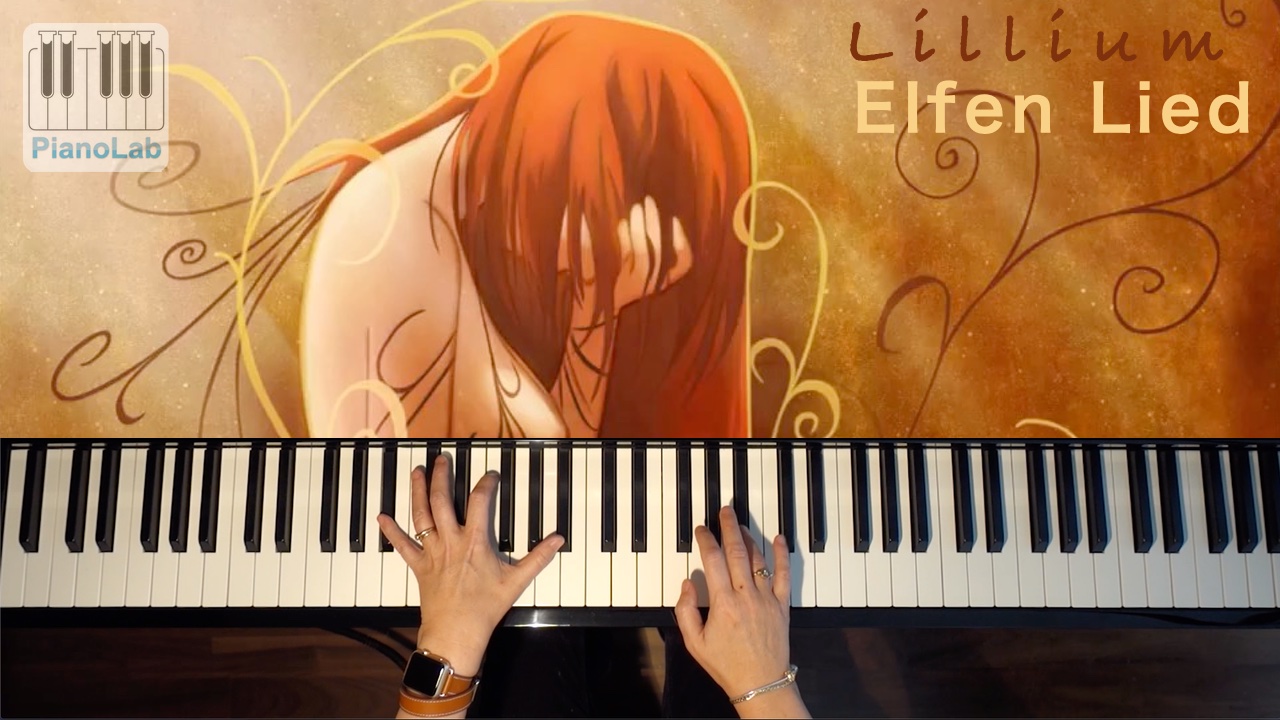 The soundtrack of Elfen Lied, an animated Seinen Manga, was launched on October 21, 2004 in CD format, being included in a limited edition of the first DVD of the series 0 Composed by Kayo Konishi and Yukio Kondō, the forty minutes of the disc constitute fifteen songs.

“Lilium” is the song during the opening sequences, at the beginning of each episode. The authors used several Biblical passages and religious hymns to compose the lyrics, in Latin, approaching the Gregorian Chant.
It was my son who made me discover this beautiful piece and suggested I play it on the piano.