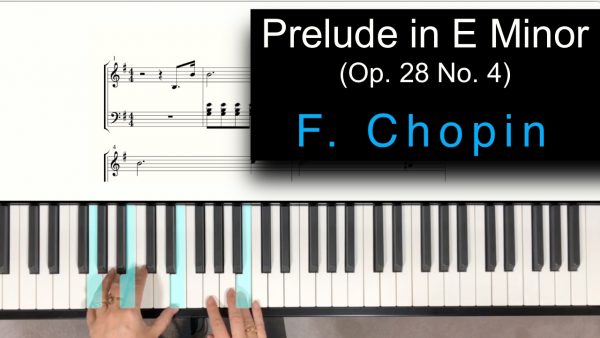 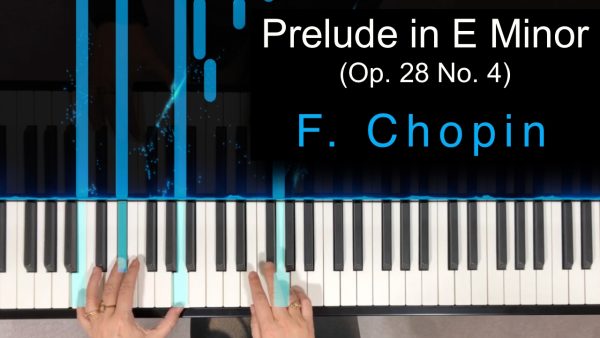 Prelude  4 is part of a series of twenty-four Preludes for Piano solo composed by Frédéric Chopin. Forming opus 28, they are twenty-four short pieces (between 30 seconds and 5 minutes), each written in a different tone following the cycle of fifths, each major tone being followed by its relative minor. Chopin also composed two other preludes out of opus 28: the prelude in C sharp minor op. 45 and a posthumous opus.

Inspired by the preludes of Johann Sebastian Bach’s Well-Tempered Clavier, they will in turn inspire Alexander Scriabin’s Preludes, Claude Debussy’s Preludes and Sergei Rachmaninoff’s Preludes.
Chopin wrote them between 1835 and 1839 partly in Valldemossa, on the island of Mallorca where he had spent the winter of 1838-1839 with George Sand and his children, to escape the rainy climate of Paris which aggravated his chronic tuberculosis.

NOTE:This piece is very simple and very slow, so very easy to play. But bar 18, there is a 4 notes chord with the left hand particularly difficult for small hands, even more after this big jump.

If your hands are not large enough or not flexible enough to play this chord without snagging the neighbouring notes, it’s better to skip one of the chord notes.

In the video here above, I skipped the E and we can’t hear the difference.

It’s in french but you can activate automatic english subtitles