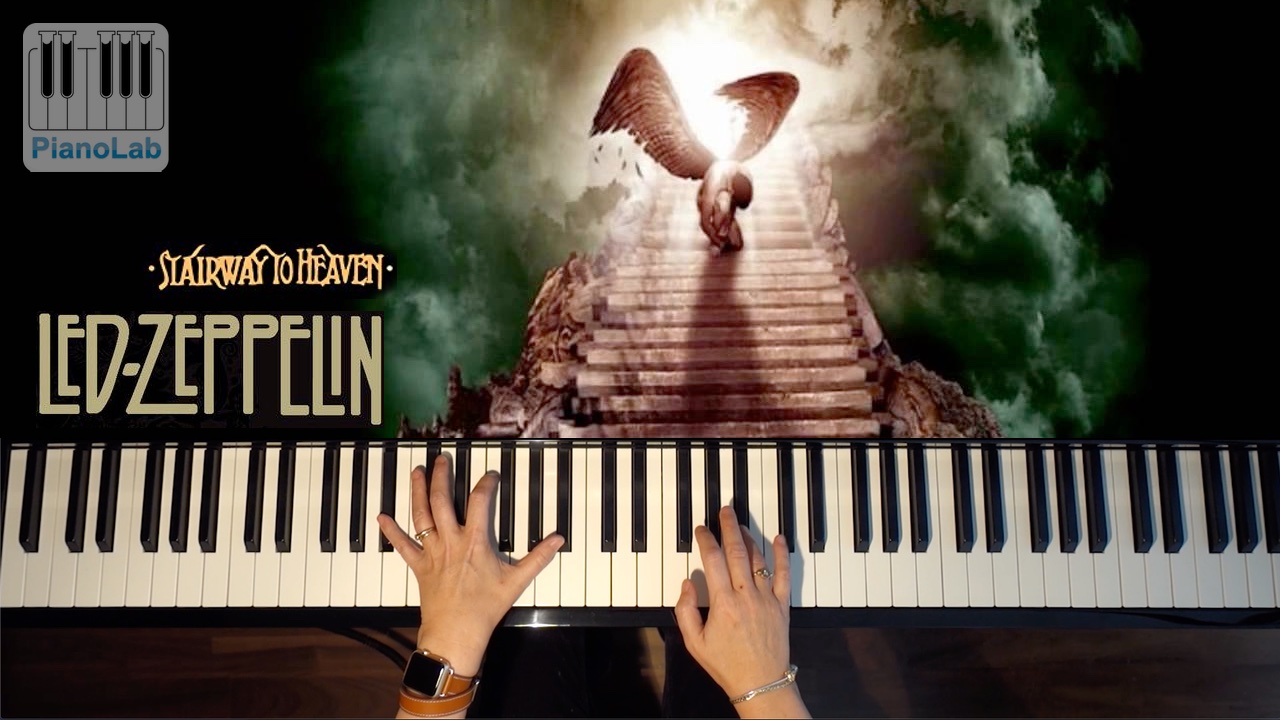 Stairway to Heaven is one of the most famous songs of the British rock band Led Zeppelin. Composed by Jimmy Page and written by Robert Plant, it appears in 1971 on the Led Zeppelin IV album. She is present in many musical rankings: in 2000, VH1 elected her third of her list of the 100 biggest rock songs, and in 2003, she came in 31st of the 500 greatest songs of all time established by Rolling Stone magazine. For several decades after its release, it was the most-broadcast song on American radio, despite its 8-minute duration. The song is universally recognized, by its power and its size, as one of the best hymns of rock.