These famous Hanon Exercices (or The Virtuoso Pianist)

Being active in some pianist social groups, I often read the same question: “What are the best exercices to improve the agility, speed, technique, or soften the hands?”
The answer is always the same: Scales, arpeggios, Hanon exercices.

Hanon in 2 words (according to Wikipedia)

The Virtuoso Pianist (Le Pianiste virtuose) by Charles-Louis Hanon, is a compilation of sixty exercises meant to train the pianist in speed, precision, agility, and strength of all of the fingers and flexibility in the wrists. First published in Boulogne, in 1873, The Virtuoso Pianist is Hanon’s most well-known work, and is still widely used by piano instructors and pupils. However, the applicability of these nineteenth-century exercises has been questioned by some piano instructors today.

As I’m translating this post from a previous french version, I realise that the english description on Wikipedia is completely different from the french version.
In the french version, the sentence “However, the applicability of these nineteenth-century exercises has been questioned by some piano instructors today.” is missing.
After the introduction, in the french version we can read a copy of the preface talking about all the benefits of this book (sry too long to translate and obsolete). But in the english version the main chapter title is: Criticisms.

To resume,  it’s a piano exercices book, close to some sportive exercices, for piano players who want to become virtuoses. But  coming from an old era, when the needs were different. However a lot of piano players continue to practice them and find them very useful.

If I can suggest these exercice to some people (only a few ones), it’s because they can really be good in some cases as they considerably helped me to improve my technique (speed, agility, strength, flexibility…).

BUT, only under certain conditions. For all the others I discourage them like a lot of piano teachers today. 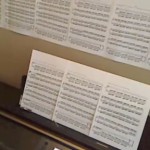 It quickly became an addiction to the point of having fixed to the wall all Hanon exercises of the first series.
From the first days I felt the difference. After practicing these exercises for at least half an hour, my hands were warm enough to be able to play harder pieces.
So, it motivated me even more to continue doing them. It finally allowed me to access a different level of directory 🙂

So yes, if you already have a certain level and you are blocked because of a real lack of flexibility and you have a real desire to progress and that has not been imposed but your own choice. Consider them rather as physiotherapy.
No if you are a beginner, your hands will not be ready yet to do these exercises properly, flexibility will come naturally with other exercises.

To summarize, these exercises are reserved for experienced pianists who want to reach a very high level, who devote their lives to the piano and train more than 4 hours a day.

If you are still motivated, there is a website completely dedicated to these exercices.

And if you’re always motivated to do these exercises, here’s what helped me too:
It is to systematically turn on my webcam when I was training. That way I could check the movement of my hands and immediately correct the superfluous movements before they were anchored. It is always easier to see the faults of others because when we play, we have our nose on the score or we are focused on something else and we do not see our hands in the same way.

Here is one of the recordings made at that time: 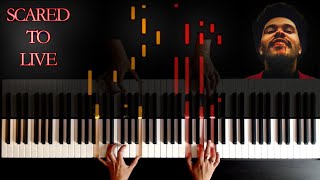